After a decade long academic study as a geneticist and two years work experience as a management consultant in a Fortune 500 company, Aisha Pandor and her software engineer husband Alen Ribic in the fall of 2014 quit their jobs to become entrepreneurs.

Aisha Pandor, in an exclusive podcast interview with Andrew Warner of Mixergy – a US podcast series on entrepreneurship – opened up about her and her husband’s incredible start-up journey, her parent’s reaction them quitting their jobs and wanting to leave a legacy.

Pandor told Warner that when she and Ribic were looking to start a business, a marketplace seemed like a good idea — because it could benefit a wide number of people.

“Our first version of the business wasn’t a marketplace for domestic workers — but rather one for tourist activities, called ShiftSouth (ShiftSouth is still the business’s name, and it trades under “SweepSouth,” said Pandor in the interview).”

“The idea never resonated with us, and the potential market for local tourist activities seemed smaller at the time than it was in Europe.”

“It was only after struggling to find a temporary replacement to cover our domestic worker that we realised that we might have a business idea, after friends and contacts told me they also struggled when looking for a domestic worker.”

Moving back with her Parents

Aisha Pandor revealed that her parents thought she was crazy when she and her husband quit their jobs, sold heir house and car to start SweepSouth with her husband.

“My mom thought we were crazy. She told me to save three years’ worth of my salary before resigning from my job, and I told her she was crazy,” said Pandor.

“From our parents’ point of view, we were two people who were professionals, working professionals earning a salary. I’d studied for ten years and was just getting into a career and had resigned from my job, that I’d voluntarily given up.

“I always joke because my mom is just such a conservative person, she’s a politician, she’s so conservative, and she always says ‘we were given so that we can give’ and I always joke with her that you should give a little bit to yourself as well

Pandor also revealed that it was only after three years that she and Ribic moved out of her parent’s home and got their place.

‘Wanting to leave a legacy.’

In the podcast, Pandor also revealed to Warner how being from a family of political activists influenced her to start her own business.

“I definitely feel the healthy weight of wanting to leave a legacy. As a child, I felt that as relevance, like needing to be relevant. I wanted people to remember me, I wanted to be interesting,” Pandor told Warner. “I recognised that I had a family that was remarkable; I wanted to be remarkable,” she added. 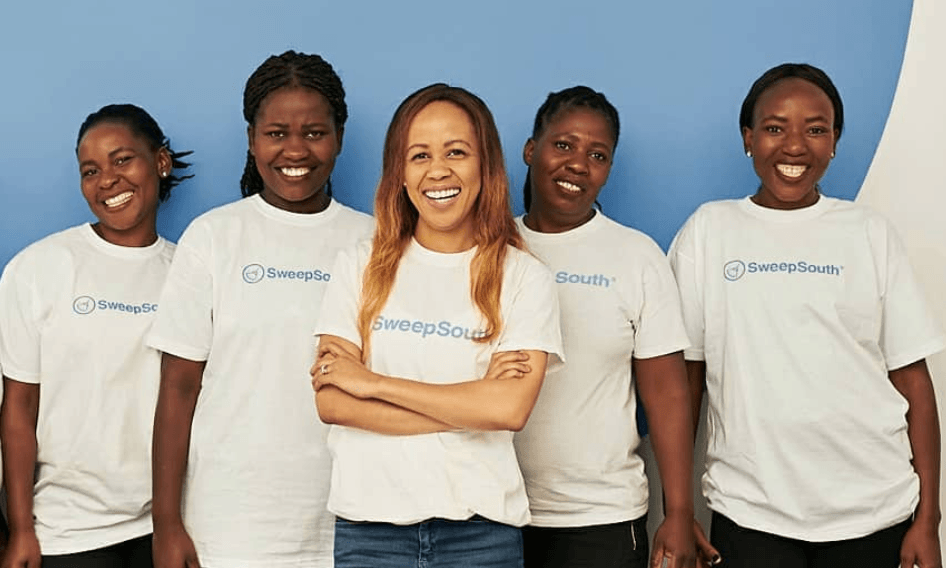 In October last year, the startup closed its latest investment round in which it raised over R60-million. The series included a R30-million investment from Naspers’s R1.4-billion venture capital (VC) fund Naspers Foundry, which was announced in June.