The show which debuted in late May to the over 60 million Apple Music subscribers in 160 countries worldwide at 10 p.m. WAT (9 a.m. EDT) features a mixture of genres including Afrobeat, rap, house, kuduro and other contemporary music.

The show also features interviews between DJ Cuppy and several other African artists, and will be aired every Sunday on Apple Music for one-hour.

I’ll be playing you the biggest and best from Africa for the next hour so TUNE IN! ✊🏾🎵🌍 #AfricaNow Episode 2 with @omah_lay & @adesuaetomi 💥 #ToCuppyThisTune

In an interview with Paula Rogo of Essence, DJ Cuppy says she has always given a spotlight to African artists, making Africa Radio Now the perfect fit for her. Read excerpts of the interview below.

You’ve called your new show, which is Apple Music’s first African radio show, your “dream job.” Why is that?

DJ CUPPY: My new radio show means the WORLD to me, literally. Working with Apple Music on this special project has been the most amazing experience (and I’m just a few weeks in!). I’m so proud to be African and the core of my brand is to promote the continent’s culture. My new show allows me to continue being an advocate of what we Africans represent and shed light on our numerous creative talents. As a young Nigerian woman, being given the opportunity to host a global show that helps me do exactly that is a dream come true for me and honestly mind-blowing. I still pinch myself sometimes to confirm that this is real.

Is there pressure around being “the first”?

DJ CUPPY: Definitely! Being the first-ever African to have a radio show on Apple Music sure comes with a lot of pressure. To be honest, most of the pressure has been self-inflicted. I’m such a perfectionist and want to be the best at everything I do. I’m constantly brainstorming ideas to make things better, making sure that every episode is great and the following episode even greater. I want to make everyone at home be proud. With so much great new music across the African continent, it’s A LOT to cover in 1 hour.

How did the deal come together?

DJ CUPPY: I’ve always been an upholder of the African Culture. Promoting and pushing our music, potentials and talents has been deeply integrated into my Cuppy brand hence my nickname, ‘Princess of Afrobeat’. Africa Now Radio was a vision Apple has always had and we did a demo about a year ago and the team spent a lot of time developing it. So when I got the call this summer, I knew it wasn’t just a coincidence but a result of years of hard work. 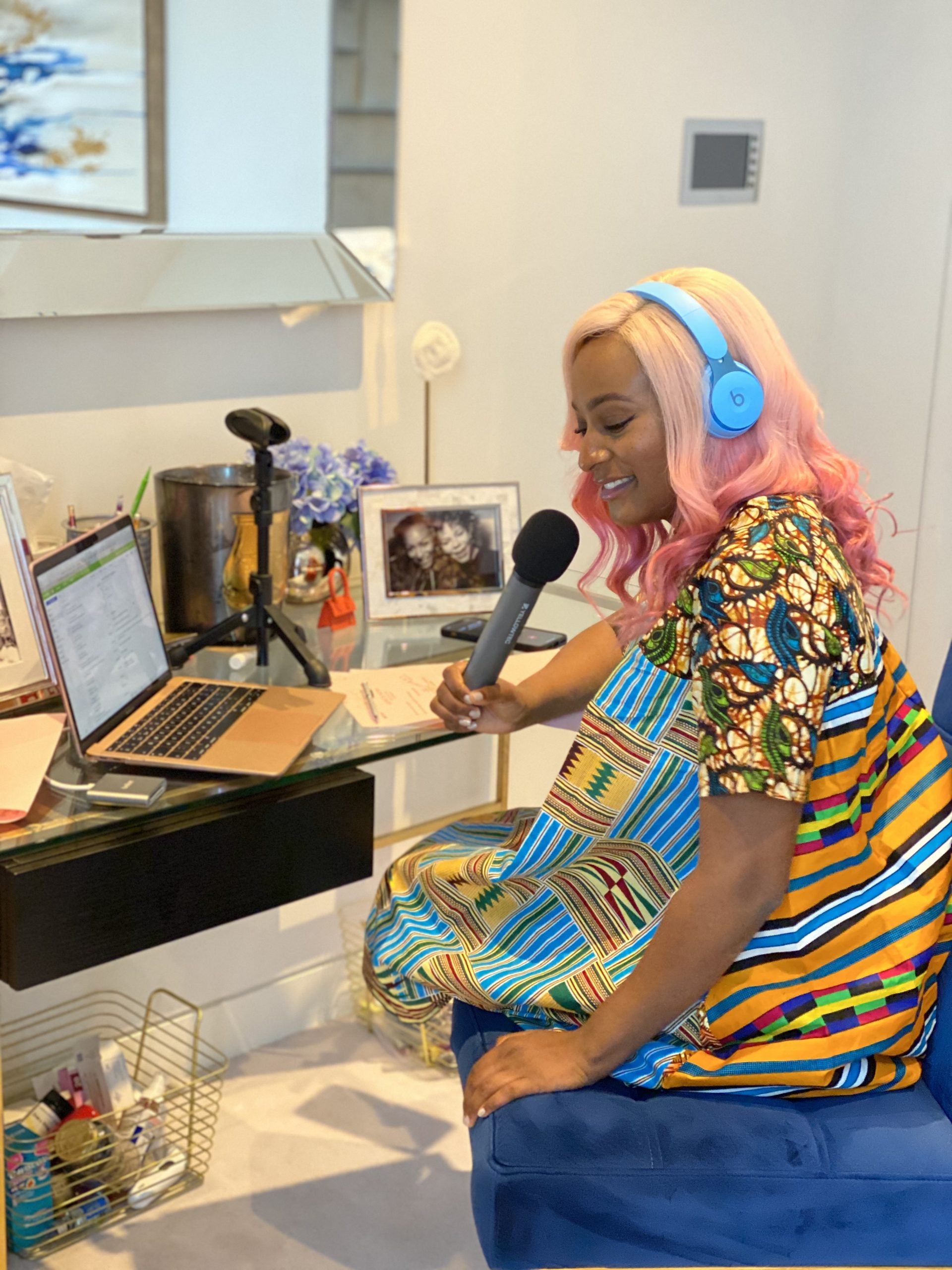 What has been the response so far?

DJ CUPPY: The response has been beyond amazing! Since the launch of the show, I’ve gotten so much positive feedback and support from my fans, the Cupcakes, and industry friends. I feel like the whole of Africa is behind me and I’m definitely going to make the continent proud. An important agenda for me is to take the World to Africa; my show allows curious people to learn what we Africans have to offer. Every time someone adds the ‘Africa Now’ playlist is a chance to delve into a new world that they never knew existed.

I’ve heard rumours that we might be hearing original music from you in the near future. Might we be getting a DJ Cuppy album this year?

DJ CUPPYY: I’ll be releasing my debut album titled Original Cuppy this year. I worked tirelessly on this project with some of the world’s most gifted artists and created a timeless masterpiece. I’m very excited about it and cannot wait to share it with the world. Ahhh!

Finally, where and how have you been spending your quarantine?

DJ CUPPY: I. Am. Buzzing. During this time, I have been in London with my family; this has to be the longest I’ve sat in the same country for years. Honestly speaking, it’s been challenging adjusting to the present reality especially because I am an extrovert and I really do thrive on social interactions as a creative. Luckily, I’ve had to find ways to stay productive and still work on achieving my goals for the year despite the numerous restrictions.

For example, I’ve had multiple Instagram live DJ sessions, been part of various initiatives for positive change, learned to play the guitar, completed my debut album, and also land a dream job with Apple! Not too shabby huh? Yes, the highlight of quarantine is DEFFO the launch of my brand-new radio show on Apple Music, ‘Africa Now Radio with Cuppy.’ Regardless of what’s going on around the world, my positive mindset hasn’t changed.