More in FINANCE AND INVESTMENT:

China is rapidly increasing its influence in Africa with increased investment in services such as retail, finance, telecommunications, media and technology, business and leisure.

The latest study by international consulting firm Ernst and Young shows that the world’s second-largest economy has injected a total of $72.23 billion in foreign direct investment on the continent between 2014 and 2018.

The report which was released last week shows that East African countries—Kenya, Uganda, Tanzania and Rwanda—have lost grounds in terms of attracting FDI.

In the period under review Kenya, Uganda, Tanzania and Rwanda ranked 5th,  12th, 13th and 17th respectively in terms of their attractiveness to FDI, compared with the year 2017 when Kenya occupied the third position, Tanzania (eighth), Uganda (11th) and Rwanda (13th).

According to the report dated September 2019, foreign investors are gradually shifting interest from the telecoms and financial sectors to a broader spread with technology playing a key role.

The report notes that in the telecoms sector, the voice business is reaching maturity and the next area of focus for operators will lie in data rollout.

“In Africa this inevitably comes at a greater cost than most other regions, given the lack of suitable infrastructure in many instances, adding to the costs of importing and moving the needed equipment to the right locations,” the report says.

The report also notes that FDI into Africa’s financial services is declining over the longer term largely due to a combination of factors including slower economic among countries, and the fact that substantial historical investments have already been made in this space leaving less new investment potential at least for the moment, and until there is economic resurgence in these countries. 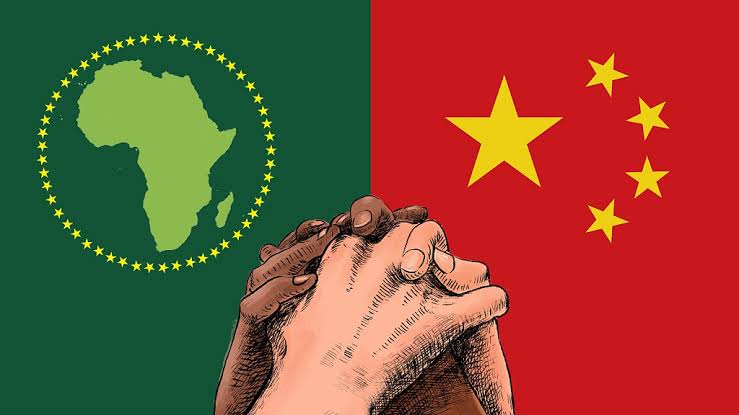 According to the report, many of Africa’s economies lack sufficient economic diversity, being over-dependent on one or two key commodities.

“This typically leads to regular macro-shocks, which are difficult to recover from, and delaying the objective of reducing poverty and enhancing incomes,” the report says.

“Diversification must concentrate on industries that have natural advantages such as agri-processing. Identifying comparative advantage industries, and driving policy towards stimulating those industries is essential.”

Africa is currently running budget deficits (as a percentage of GDP) above the recommended norm of three per cent and has been doing so since 2011.

It is argued that although these rising budget deficits peaked in 2015 and 2016, their reductions are still not expected to meet the recommended average within the next five years.

“The next five years will see the major African economies needing to manage debt levels, as the impact of slower growth, coupled with rising demand for fiscal consolidation keeps national finances tightly constrained,” the report notes.

“The bulk of the increase in national debt levels occurred between 2014 and 2016 when weak commodity prices pushed Angola and Nigeria into running national budget deficits.”

South Africa struggled with internal political dynamics which not only kept growth stagnant but also saw considerable irregular expenditure across various sectors of government leading to a substantial rise in debt.

The rise in demand for technology is spurring on tech hubs across the continent, with South Africa, Nigeria and Egypt playing host to the most established ones. So far more than 600 tech hubs have been established in Africa.

According to the report, China is increasingly becoming a force to be reckoned within Africa, although overall the BRICS (Brazil, Russia, India, China, and South Africa) remain small relative to other investors.

While China and India have been visible on the continent, Russia and Brazil have been less engaged.

Emerging market investors are becoming more prominent, accounting for only 34 per cent of total projects, but for more than half of both jobs created and capital investments.

The report notes that although mature investors dominate in terms of the number of projects they generally commit less capital and create fewer jobs than their emerging market peers.

According to the report, North Africa leads as the most attractive FDI destination, with Egypt exceeding South Africa in FDI activity, while Morocco comes third.

North Africa is followed by Southern Africa, East Africa and West Africa, with South Africa the major contributor to the Southern region’s dominance.

It is argued that South Africa’s ability to remain a forceful FDI destination will depend on the country resolving its political instability in the ruling party, providing leadership, and building a vision that it can unite behind.

East Africa is the third-largest region, outpacing West Africa (despite the sheer size of Nigeria’s economy) due to its consistent strong growth, which has exceeded five per cent for all of the four—Kenya, Uganda, Rwanda and Tanzania — as well as neighbouring Ethiopia.

On the other hand, West Africa, led by Nigeria, remains a key FDI hub attracting major technology, media and telecom FDI, in line with its rising Technology hub focus.

However, Nigeria’s ability to attract greater FDI will depend on its willingness to adopt the much needed economic reforms.

A Policy Briefing paper released by the US Brookings Institute this September, China is setting up North Africa to play an integral role in connecting Asia, Africa, and Europe — a key aim of President Xi Jinping’s Belt and Road Initiative.

China has been strategically ramping up engagement with countries such as Egypt, Algeria, and Morocco, which lie at the intersection of three key regions—the Middle East, Africa, and the Mediterranean.

Beijing’s growing footprint in these countries encompasses, but is not limited to, trade, infrastructure development, ports, shipping, financial cooperation, tourism, and manufacturing.

Launched in 2013, BRI is set to cost around $1 trillion, and to include over 80 countries, which are responsible for around 36 percent of global GDP and 41 per cent of global trade.